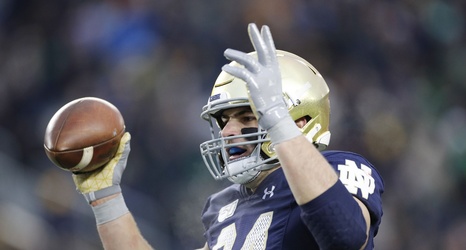 Since the minute the Camping World Bowl matchup with Iowa State was announced, Notre Dame fans have done little but moan and complain about the caliber of bowl they are in and the caliber of team they will play.

The bowl is what it is. We’ve been over it. It’s the way the cards and matchups fell this year because of the College Football Playoff rotation.

The matchup with Iowa State — their record aside — is actually a very intriguing one. The Cyclones lost fives games by a total of 21 points. Four of those losses were to teams that finished in the Top 25 of the final College Football Playoff rankings.