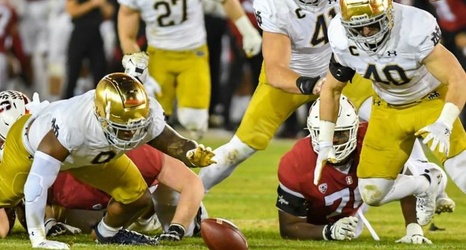 The Notre Dame Fighting Irish needed to make a clear statement about their viability for a playoff berth and appeared to do it with a 45-14 win over the Stanford Cardinal on Saturday night. The victory was the Irish’s seventh in a row, giving them an 11-1 season mark that they’re hoping is good enough for a chance at a national championship.

From the opening drive, Notre Dame was in control of the contest, finishing with 509 yards of total offense. They stopped Stanford on a three-and-out to start the game and then marched 74 yards on five plays for the first of their six touchdowns.