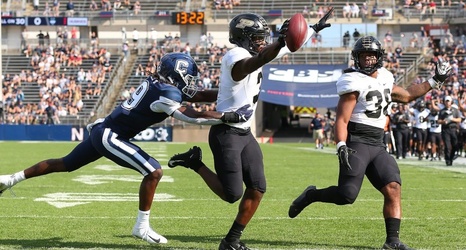 Notre Dame may be a bit unfamiliar with Purdue at the moment; they last met in 2014 and the Boilermakers have switched coaches since then. Before that hiatus, the in-state rivals had met every year since World War II, 69 years in a row.

This unfamiliarity will not last through the decade. This weekend’s matchup (2:30 ET; NBC) is only the first of a six-game series, with the subsequent five rattling off from 2024 to 2028.

But for now, the No. 12 Irish (2-0) need to study someone unknown. Then again, they might need to in three years, as well, if Purdue head coach Jeff Brohm does not reverse his current trend lines soon.