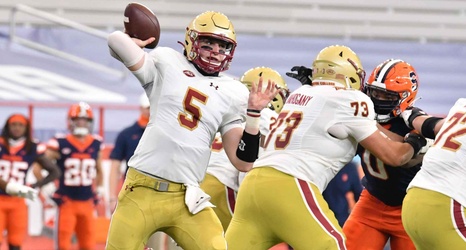 The Boston College Eagles will be the Senior Day opponent for the Notre Dame Fighting Irish this season, with the Irish hoping to win their ninth straight game in this series. Notre Dame holds a 17-9 edge over the Eagles, who dominated from 1999-2008, with seven wins in eight matchups.

Jeff Hafley is entering his third year as head coach at BC and is hoping to have a breakthrough season after 6-5 and 6-6 seasons the past two years. The Eagles have either hovered around the .500 mark or simply been bad for more than a decade.