2019 is the Real Argument Against Notre Dame Being Independent 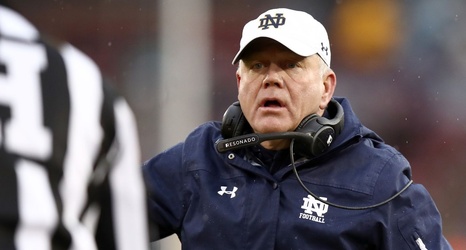 Notre Dame, the Grandfather of traditional powers, won 10 games in 2019. They will also not be going to a New Year’s Six game this season. Instead, they’ll be headed towards a middle-tiered bowl game.

There’s nothing wrong with that. The players will still play hard, as they did in the 2018 Citrus Bowl. The game will matter to them, even if it doesn’t particularly matter for fans. It’s a frustrating situation for fans.

A 10-2 Notre Dame team, whose losses were both on the road to top 15 ranked opponents, should be in a major bowl game.