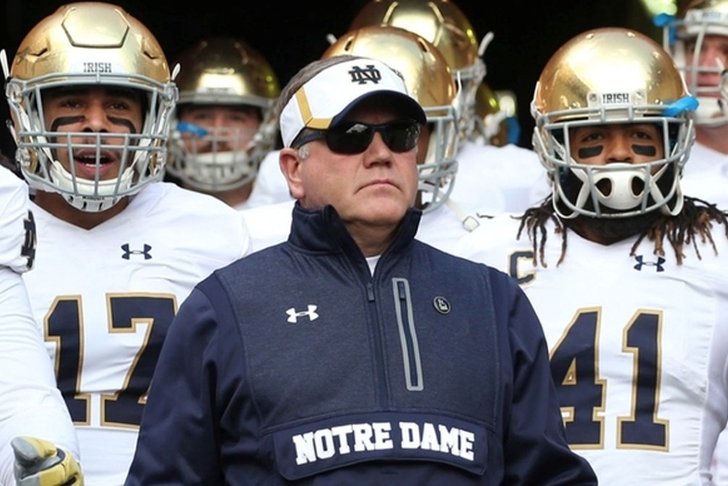 The Notre Dame Fighting Irish would have loved to secure a College Football Playoff berth, but those hopes were dashed with a narrow loss to Stanford. However, Notre Dame can still cap a great season with a bowl victory. Despite battling more injuries than any team outside of TCU, the Fighting Irish posted an impressive 10-2 record. Because of Notre Dame's record and stature, plus the Rose and Sugar Bowl's affiliations, the Irish are likely to head to one of two destinations.

If Notre Dame heads to the Fiesta Bowl, it will likely play Houston or a Big Ten team. If Houston won the American Athletic Conference championship game, meaning they should qualify as the Group of 5 team. If that doesn't happen, a Big Ten team will likely take their place, which will either be Ohio State or Iowa. A Notre Dame - Ohio State game would be great for ratings and ticket sales.

If Notre Dame doesn't head to the Fiesta Bowl, they'll likely play in the Peach Bowl. If that happens, expect Notre Dame to be matched up with an ACC team. That will likely be Florida State, although there is a highly unlikely scenario where North Carolina gets the nod. A game against Florida State would be a popular one, and has the built-in storyline of former Notre Dame QB Everett Golson playing against his old team. Of course, Golson has lost the starting job at FSU.