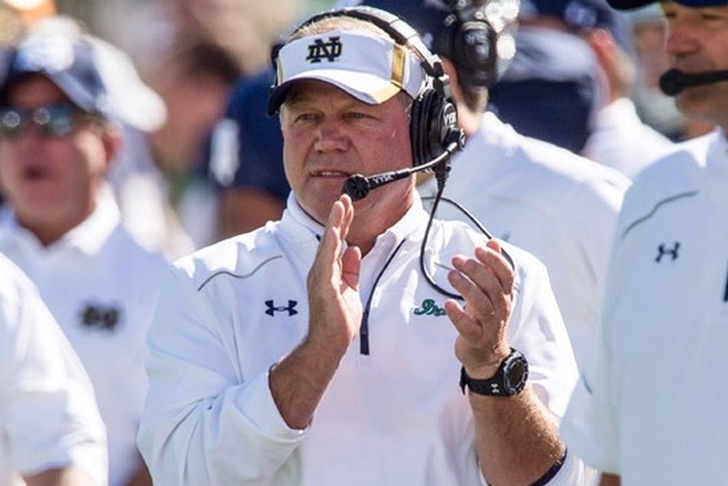 The Notre Dame Fighting Irish got their season back on track on Saturday with a win over Navy, and now face another test against a reeling USC team. As the team gears up for another rivalry game, here's the latest surrounding the program:

USC appears to be in shambles following the firing of head coach Steve Sarkisian, and while many expect that to have a negative impact on the Trojans on the field, Irish head coach Brian Kelly is still expecting their best:

“We talked about there would be an interim coach, and what that means,” Kelly said, via NBC's Inside the Irish. “Teams come together under those circumstances and they’re going to play their very best. And I just reminded them of that. I think you look at the way Texas responded this past weekend with a lot of media scrutiny. I expect USC to respond the same way, so we’re going to have to play extremely well.”

Is Brian Kelly Unable To Win The Big Game?

Head coach Brian Kelly told reporters that the program doesn't accept "moral victories" on the road following their loss to Clemson, even with how hard the injury bug has hit Notre Dame this year. Taking that "no moral victories" idea one step further, The Fan Indiana's Todd Burlage wondered in print recently whether or not Kelly can win the big one at ND ahead of their game against the Trojans:

"Kelly’s message sounds powerful enough, and we hope the best for his program is still yet to come. But the problem remains that Kelly’s teams rarely, if ever, win these marquee matchups. Saturday marked the sixth time in the last eight tries and the fifth straight game that Kelly’s Irish have failed to beat a ranked opponent on the road."