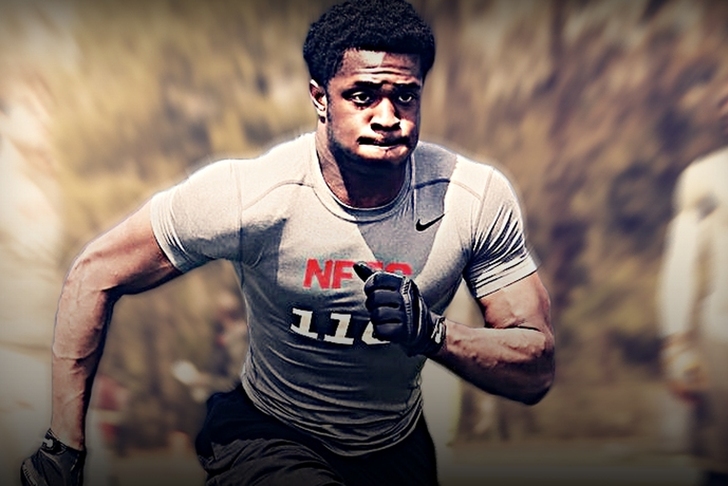 The Notre Dame Fighting Irish have a little bit of preseason buzz going on, especially after Sports Illustrated slotted them in as their projected #4 in the 2016 College Football Playoff bracket in the magazine's recent college football preview issue. We're buying into whatever the Irish is selling as well, and these next three guys could play huge factors in the team's playoff run if they continue to light up fall camp like they have been doing. Here's 3 Notre Dame Football Players Whose Stock Is Rising In Fall Camp. 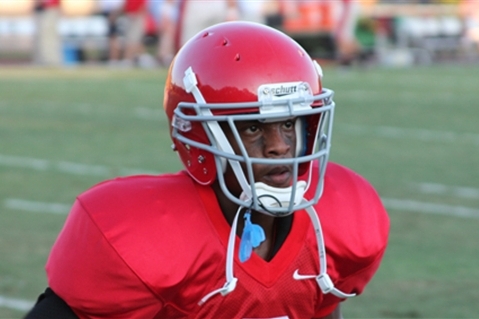 He's only 5-foot-8, but Sanders plays a lot bigger thanks to an impressive vertical and his ability to create separation from defensive backs in the blink of an eye. He is currently working with the third-team offense, but don't let that fool you. Sanders' ability to run clean routes and change things up on the fly is getting noticed by Notre Dame's coaching staff, and his ability to slice the tops off of defenses could get him an extended look sometime during the 2015 season. St. Brown took a few practices to get into gear -- especially since he's been banged up a few times already in camp -- but the freshman ha caught head coach Brian Kelly's eye by toughing through it while showing off elite speed for a receiver of his size. St. Brown and the aforementioned Sanders have a legitimate shot to make an on-field impact in 2015, especially if they keep the momentum/progression going over the next couple weeks. Weishar's stock has risen for two reasons -- injuries to guys ahead of him on the depth chart and solid overall performance while seeing increased reps because of said injuries. He's been a monster over the past couple practices, showcasing soft hands and living up to his billing as a pass-catching machine which he earned in high school. He may get bumped back down the depth chart when Durham Smythe and Alise Jones get healthy, but he's done enough so far to warrant a further look once the season starts.