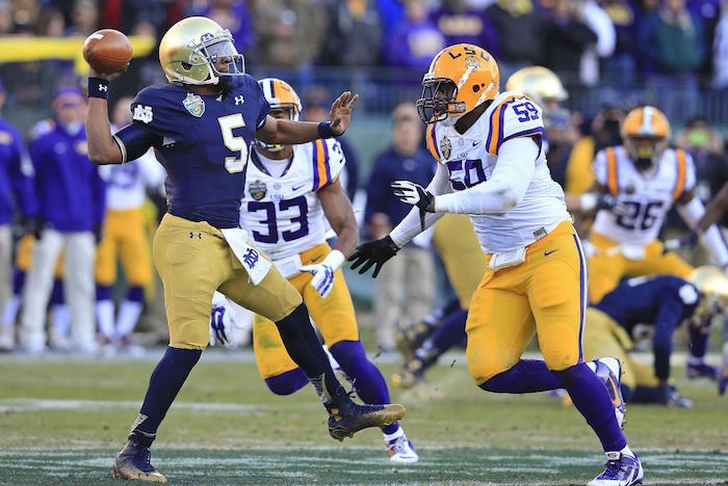 Notre Dame quarterback Everett Golson is considering transferring from the school for his senior season after being benched for redshirt freshman Malik Zaire in the Music City Bowl. According to NOLA.com, Golson has reached out to LSU, the Irish's opponent in that game.

Golson has one season of eligibility left and could play immediately at LSU as a graduate transfer student.

He threw for 3,445 yards, 29 touchdowns, 14 interceptions in 2014, but struggled with turnovers all year and slumped down the stretch as Notre Dame lost five of their last six games of the season.

Neither of LSU's current quarterbacks - Brandon Harris and Anthony Jennings - have established themselves as a surefire starter in Baton Rouge. The Tigers would give Golson the opportunity to play in a pro-style offense, which would bolster his NFL draft stock if he does well.