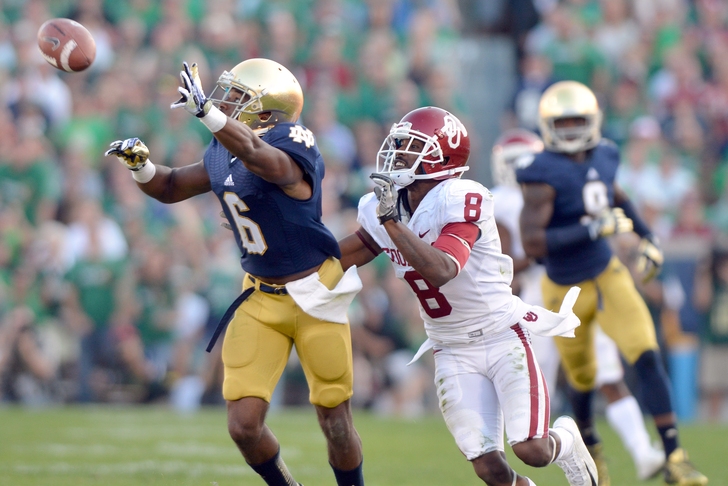 When news first broke that at least four (now five) Notre Dame players were facing charges of academic misconduct, we immediately reached out to a source with close connections in the Notre Dame athletic department. From the beginning, our source was adamant: these players broke the rules, are done playing for the Irish, and will likely be expelled.

When others with access to the football team (and school officials) declined to comment until the investigation played out, it appeared our source had jumped to conclusions...but this report from Pete Sampson at Irish Illustrated backs up the vast majority of our original report (subscription required, quote below):

"Spoke with two sources close to the five players on Wednesday afternoon who indicated that KeiVarae Russell, Ishaq Williams, Kendall Moore, DaVaris Daniels and Eilar Hardy are all unlikely to play for Notre Dame this season. One source indicated that they will "probably never play another down" for the school while the other believed there's a chance that there could be a return in 2015.

In terms of their futures at the University as students, that appears much less clear at this moment regarding whether or not they'd be expelled, suspended or allowed to finish the semester, which could be the difference between graduating or not for at least one of the suspended five players. It's believed that not all of the five faced the same charges of academic misconduct."

Sampson didn't mention the possibility of vacated wins (which our source was also confident would be coming), but it appears his source was closer to the players than the administration and wouldn't have knowledge of those details. This is a developing story - check back for updates as they become available.