Five 2016 Recruits That Every Notre Dame Fan Needs To Know 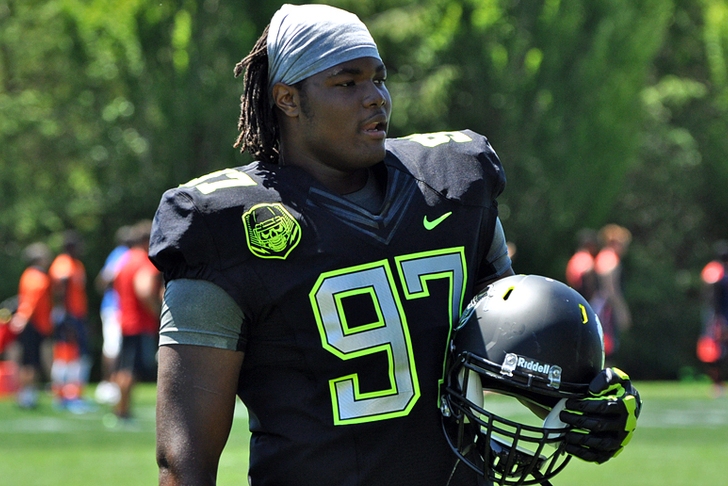 The Notre Dame Fighting Irish landed another top recruiting class on National Signing Day, and head coach Brian Kelly has already turned his attention to the 2016 recruiting class. Here are Notre Dame's top targets they think can bring the Irish back to the National Championship Game:

Gary is the top defensive tackle and second overall prospect in the country, and has every top program interested because of his superior strength. He is already built for the college game at 6’4″ and 285 pounds, and he should make an immediate impact for whoever signs him. Notre Dame is joined by Alabama, Michigan, Penn State, and Ohio State in his top five.

Smith is the top-rated cornerback in the nation thanks to his supreme athleticism and elite ball skills. Notre Dame is trying to fight off Florida State, Florida, Clemson, and LSU for him.

Patterson is the lone uncommitted five-star quarterback in the country, and has the arm strength and accuracy to start right away. He has decent size at 6’2″ and 195 pounds, but he needs to bulk up because of his lack of foot speed. Ole Miss is the favorite to land the Louisiana native, but Notre Dame is in close contention.

Kraemer has already signed with Notre Dame, and the five-star tackle will make an impact in South Bend right away. At 6'5" and 305 pounds, he has strength that makes him a great run blocker along the size and footwork to be an effective pass blocker.

Vaughns is rated as the fourth-best receiver in the 2016 class, but he has the potential to be Notre Dame’s next great receiver. He has the size at 6’3″ to be a legitimate red zone and deep ball threat along with top-notch speed. USC, UCLA, and Washington are also heavily pursuing Vaughns.

Follow our Notre Dame Fighting Irish team page for all the latest Irish news and rumors!