Confirmed: Notre Dame-LSU To Square Off In Music City Bowl 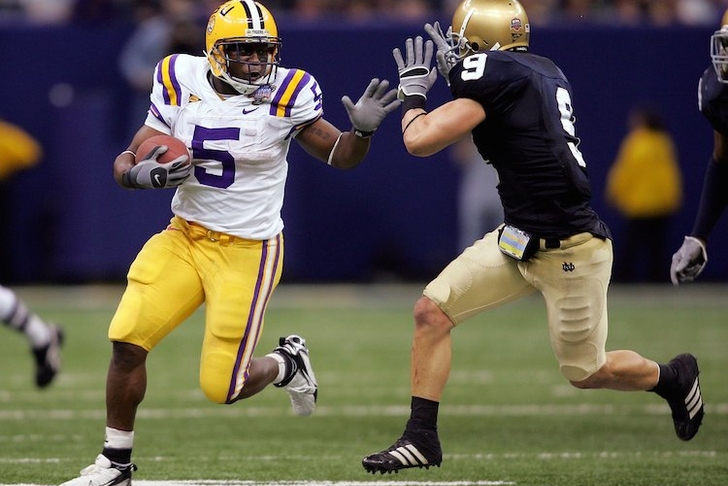 The Notre Dame Fighting Irish are set to play in the Music City Bowl against the LSU Tigers, according to multiple reports.

The Irish (7-5) were ranked as high as fifth in the country at one point this year with a 6-0 record, but fell apart down the stretch. Notre Dame ended the regular season on four-game losing streak, and will be looking to end their season on a high note against the Tigers. This will be the Notre Dame's first appearance in the Music City Bowl.

LSU (8-4) had an inconsistent season with a young roster that was tasked with navigating the difficult SEC West. They lost two of their last three games to Alabama and Arkansas, and are looking for a big with to help build momentum for next season. This also marks the Tigers' first appearance in the Music City Bowl.

Kickoff is set for 2:00 p.m. ET on Tuesday, December 30 at LP Field in Nashville, Tennessee.