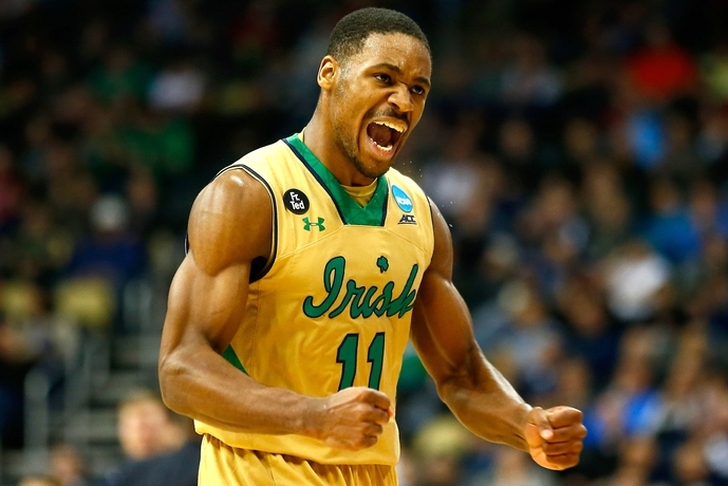 The Notre Dame Fighting Irish trailed the Michigan Wolverines 41-29 at the half, and it seemed like Michigan was going to be the latest team to pull an upset. But it wasn't meant to be, as Notre Dame came out hot in the second half and rallied for a comeback. No. 6 seeded Notre Dame became the first six seed to win this year, beating No. 11 seeded Michigan 70-63.

Notre Dame tied the game at 48 with 12:17 to go in the second half, thanks to a 19-7 run to start the half. The game was tied at 59 with four minutes to play, but Notre Dame went on a run and took a 64-59 lead with three minutes to play. Michigan was unable to pull off the comeback.

It was a mostly two-headed attack for Michigan on offense. Derrick Walton had 10 and seven assists, while Muhammad-Ali Abdur Rahkman had 15 to lead Michigan. Zak Irvin had a rough night, going 3 of 14 from the field and 1 for 8 from the beyond the arc. Three others, including Irvin had nine points.