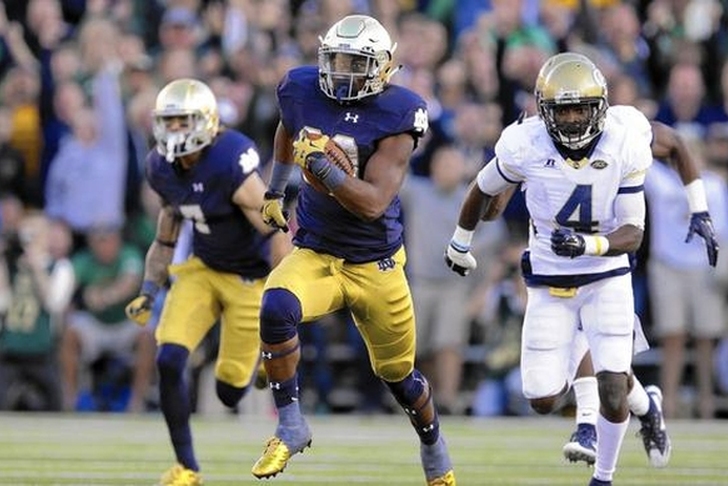 The Notre Dame Fighting Irish face their first tough road test this weekend against the Clemson Tigers in what many think is a College Football Playoff elimination game. Here are three reasons why the Irish will win on Saturday:

The Irish have 10 returning starters from last year's pedestrian defense, and both the scheme continuity and chip on their shoulders has shown this year. They rank 42nd in the country in yards allowed per game and 40th in scoring defense despite only playing one real cupcake (UMass) to this point in the season. Clemson's offense showed major signs of trouble against Louisville, showing that Notre Dame has the opportunity to really limit them in this one.

Kizer has played well replacing Malik Zaire as Notre Dame's starting quarterback, passing for 541 yards and five touchdowns in about nine quarters of action. Clemson offensive coordinator Brent Venables loves blitz on almost every down, but Kizer has the mobility to escape pressure and the size (6'4", 230) and arm strength to take hits while making big throws downfield. It'll be important for him to stay poised, which he's done so far this season.

Clemson had trouble stopping the run against Louisville in their last outing, and that's great news for Notre Dame and dark horse Heisman contender C.J. Prosise. He has been the beneficiary of a revamped Notre Dame running game, rushing for 600 yards and six touchdowns on just 74 carries so far this season. Notre Dame's offense will have to rely more on him with Kizer taking over at the quarterback spot, and he's ready to take over.