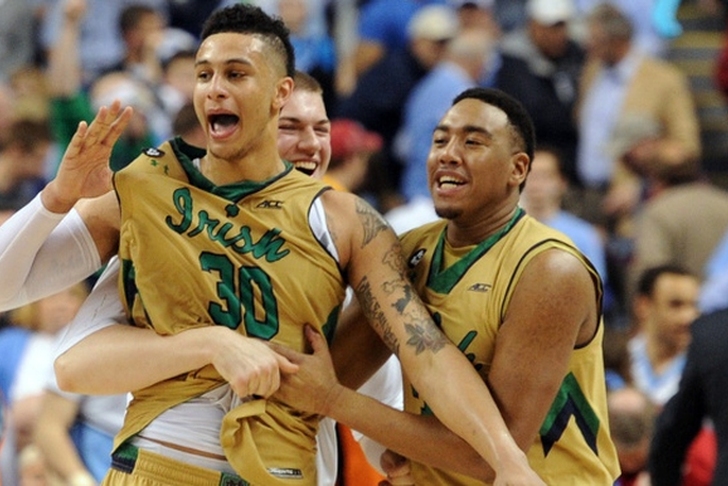 The Notre Dame Fighting Irish aren’t the same team that nearly made the Final Four a season ago, but they are still an extremely dangerous group capable of making another long run. However, they're limping into the NCAA Tournament, coming off a 78-47 loss to North Carolina in the ACC Tournament. Here's everything you need to know about the Irish:

Notre Dame was counting on Jackson to fill the void left by last year’s stars (Jerian Grant and Pat Connaughton), and he’s done exactly that, becoming this team’s do-everything player while being the unquestioned leader. Jackson has consistently found the balance between looking for his own shot while creating for others and not turning the ball over - he only has one game with more than four turnovers this season.

Excellent three-point shooting has become a staple for the Irish under head coach Mike Brey, and they’ve perfected that offensive system this year. Not only does Notre Dame shoot 37.7 percent from three-point range as a team - they rank fifth in the country in adjusted offense, via KenPom.com. The Irish always space the floor with four capable three-point shooters, which opens up driving lanes and creates good looks for their shooters.

For how good Notre Dame’s talent says they should be, they don’t always come to play every game. Wins over North Carolina, Duke, and Louisville show what this team is capable of, but they also have inexplicable losses to Georgia Tech, Florida State, and Monmouth.

Outlook:
Teams that rely on outside shooting are always dangerous in March - both for their opponents and for your bracket. If Notre Dame gets hot from the outside, they could pull off an upset or two. However, if they have one of those patented off games, they could lose to anyone in the first round.