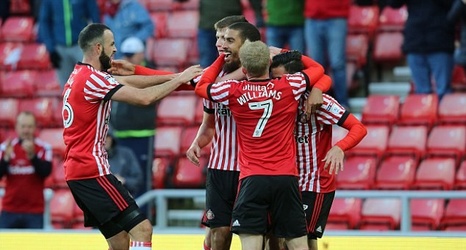 Chris Coleman will take over a Sunderland side still looking for a home win in 2017.

Coleman resigned as Wales boss on Friday and is due to take the Sunderland job vacated by Simon Grayson, but knows he will be taking on a fight against a second successive relegation.

The Black Cats have not won at home this year and extended that record with a 2-2 draw against Millwall.

Lewis Grabban capitalised on a rejuvenated mood at the Stadium of Light and put the home side ahead, but George Saville scored twice in four minutes to turn it around after errors from goalkeeper Robbin Ruiter.