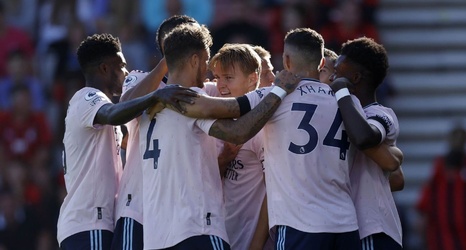 Martin Odegaard scored a brace and Gabriel Jesus shone once again as Arsenal continued their perfect start to the season with a comprehensive 3-0 win against Bournemouth.

Mikel Arteta's side put on a show for their travelling supporters as they recorded their third consecutive victory to go top of the league after beating Crystal Palace and Leicester City -- the first time they have opened a Premier League season with three wins in 18 years.

- Notebook: The inside stories from world football
- Don't have ESPN?