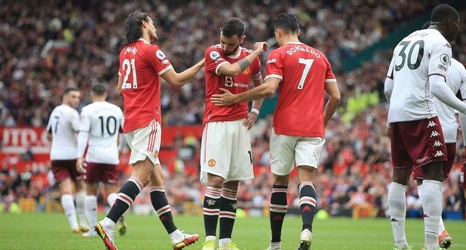 MANCHESTER, England -- Ole Gunnar Solskjaer has been at Manchester United long enough to know that you are never more than one game away from a crisis and after Aston Villa's 1-0 win at Old Trafford on Saturday, it's now three defeats from the last four games for the Norwegian.

A first Premier League defeat to the season -- thanks to Kortney Hause's 88th minute winner and an even later penalty miss from Bruno Fernandes -- followed on quickly from the Carabao Cup third round exit to West Ham on Wednesday and a shock defeat at Young Boys in the Champions League on Sept.