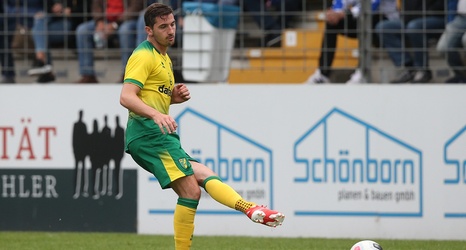 Kenny McLean revealed his enjoyment at being back out on the pitch in a yellow and green shirt during Norwich City’s 2-2 pre-season draw with DSC Arminia Bielefeld.

McLean was on for the full 90 minutes with City only having eight substitutes in Gütersloh, but he was still pleased to get straight into the thick of the action.

Speaking to canaries.co.uk, McLean said: “It was a tough game and we were always going to be a little bit rusty at times and not sharp as we like but a lot of the boys got minutes under their belt and on the legs so it’s progression in pre-season.