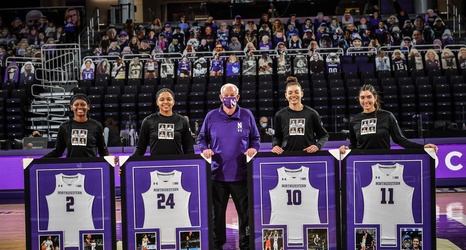 After the first month of the new year ended with one of Northwestern’s best defensive performances of the season in a win over Iowa, February loomed with some serious competition ahead for the ‘Cats.

The ‘Cats kicked off February in rollicking fashion with a win over the talented Ohio State. In typical NUWBB fashion, junior Veronica Burton and senior Lindsey Pulliam led the way as they each posted a double-double, and Burton nearly going a step further as she finished just one assist shy of a triple-double. The team showed out again defensively, snagging a season-high 46 rebounds and forcing Ohio State to tack on 21 fouls throughout the night.