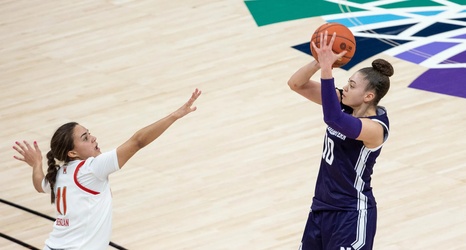 In her four years in Evanston, Lindsey Pulliam left an unforgettable mark on the Northwestern women’s basketball program.

Pulliam had a phenomenal career for the Wildcats, finishing third on the program’s all-time scoring leaderboard with a total of 2,025 points. She was also an instrumental piece behind Northwestern’s Big Ten Championship run in 2020 and the team’s NCAA Tournament appearance in 2021.

Now, she looks toward the next stage of her career — the WNBA.

Draft experts currently expect Pulliam to be one of the 36 athletes to hear her name called on April 15th.