Who will/won’t redshirt for NU this year? 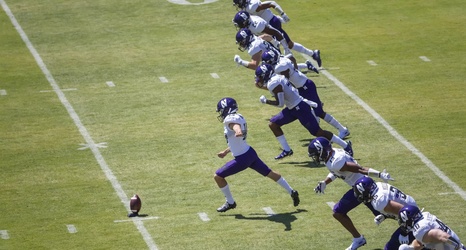 While the bulk of Northwestern’s 28 first-years are on track to redshirt this season, a few have become regular contributors in their debut season in Evanston. Thanks to a recent NCAA rule change, first-year players can redshirt and gain a fifth-year of eligibility so long as they see action in no more than four games throughout the season:

Here’s how the Northwestern first-years have fared so far and where they stand in terms of redshirt eligibility: