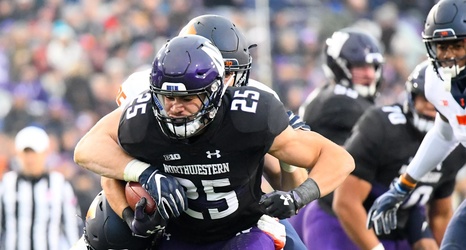 Northwestern got good news on Thursday night as the program released that sophomore running back Isaiah Bowser is healthy for Saturday’s Big Ten showdown against the Michigan State Spartans.

The injury report solely contained senior cornerback Trae Williams, who was injured in Week 1 against Stanford but returned to play against UNLV two weeks later.

Updates are given for student-athletes listed on the W4 depth chart.#GoCats pic.twitter.com/RfQDyy0vzw— Northwestern Football (@NUFBFamily) September 20, 2019

It’s important to note that the injury report only lists people on the two-deep, so we don’t necessarily know if guys like Jesse Brown, Devin O’Rourke and Malik Washington are good to go for Saturday.