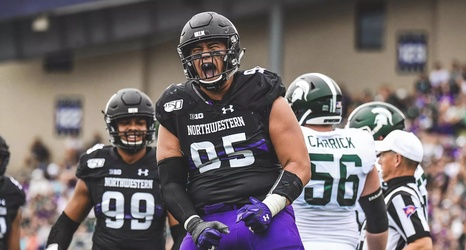 Ever wanted to see Otto Graham, Austin Carr and the 1995-96 defense on the same team? Well now you can. Here at Inside NU, our five editors sat down for a Zoom draft to pick their all-time Northwestern football teams, which you — the readers — get to vote on.

How it worked was we conducted a snake-style draft where each editor had to choose one quarterback, two running backs, two pass catchers (TE/WR) and a defense in hopes of creating the best Northwestern football team possible.

There were certainly some surprises, like Colin drafting Clayton Thorson in the second round or Lia choosing Kain Colter at running back (?