Three keys to watch as Northwestern looks to upset Maryland 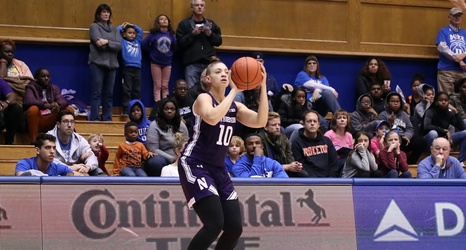 With a 77-50 Sunday afternoon demolition of Illinois in Champaign to open Big Ten play, their ninth straight win against their downstate rival, Northwestern women’s basketball extended their impressive record to 11-1.

Thanks to a few impressive non-conference wins and a deep Big Ten, the path to the program’s second NCAA Tournament berth of the century is a clear one: go 9-9 in conference play and things look good. 10-8, and the ‘Cats would be a virtual lock. But this afternoon’s tilt with Maryland brings a chance to make some noise in the regular season.

Since the Terrapins, one of the most consistent women’s basketball powers in the country, joined the Big Ten, Northwestern and head coach Joe McKeown have never beaten them.