The top plays from Northwestern’s winning streak over Michigan State 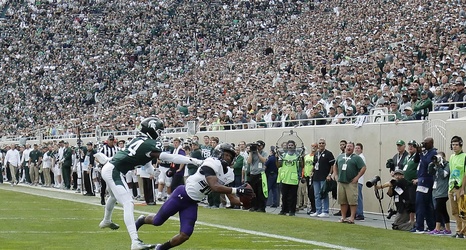 Despite trailing 38-16 in the all-time series between the schools, Northwestern football has enjoyed an impressive three-year run against Michigan State.

The Wildcats, led each time by quarterback Clayton Thorson, have dominated Mark Dantonio and Brian Lewerke’s Spartans. Rarely has offense been lacking for NU in these matchups — something we can’t always say — as it has averaged nearly 41 points per contest, but each phase has had plenty of standouts.

In preparation for Saturday’s matchup with MSU, we decided to go into the vault of Northwestern football highlights and rank the top five plays from the ‘Cats’ current three-game winning streak.