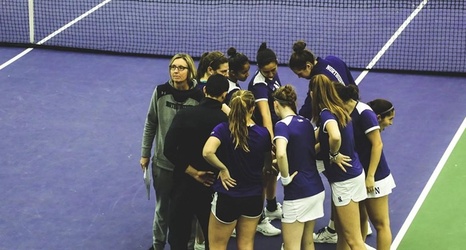 The 24th-ranked Wildcats continued their victorious ways in the conference, earning two shutout wins during the week. Northwestern defeated both Rutgers and Maryland to improve its record to 11-5, and its conference record to 5-0.

Northwestern began the match with the Scarlet Knights by claiming the doubles point thanks to set wins from its first and third teams. Julie Byrne then gave the ‘Cats another point at second singles, and Rheeya Doshi added to the lead with a win at fifth. Carol Finke promptly gave Northwestern a clean sweep by nabbing the clinching point at sixth singles.