Sophomore slugger Hannah Cady is coming into her own 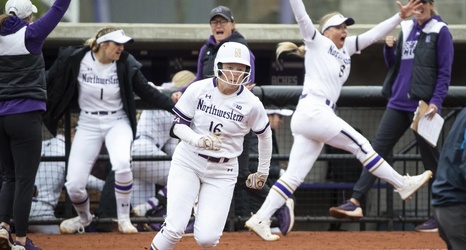 On March 4, 15 games into Northwestern softball’s season, sophomore Hannah Cady boasted a batting average of .093 and struck out 11 times over 43 at-bats. She recorded just four hits, six RBIs and no walks. The sophomore from Clarkston, Mich., was struggling. With the depth and flexibility of NU’s dugout this season, there were a million different ways that the Drohan sisters could have taken Cady out of the lineup. But they didn’t.

If there’s one thing Northwestern fans know about the Drohans, it’s that they know what they’re doing. In this instance, they knew Cady was on the cusp of something great.