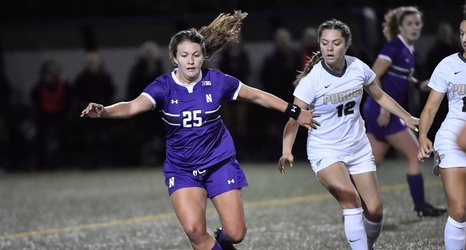 It was a down week for both of Northwestern’s soccer teams, who weren’t able to get three points in any of their five combined matchups. The women’s squad went 0-1-1, while the men dropped three contests with an overall goal differential of negative seven.

There was some good news to start the week, however, as sophomore Mackenzie Wood and freshman Danika Austin both received Big Ten honors. Wood, a Granger, Indiana native, was named goalkeeper of the week after helping NU to a shutout of Nebraska and making 12 saves in a 2-1 win over Iowa. Austin was named Defensive Player of the Week and Freshman of the Week after game-winning goal and a key assist in the contests.