Rapid Reaction: Northwestern run-ruled 13-2 by Oklahoma in Game One of WCWS 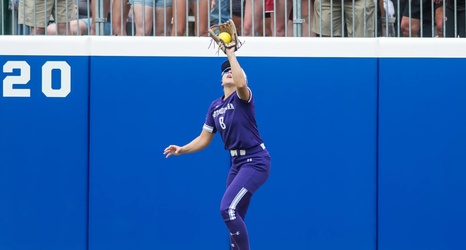 Northwestern Softball knew just how formidable 54-2, No. 1 Oklahoma would be ahead of its first Women’s College World Series matchup in 15 years. The Sooners proved their mettle to open their time in Oklahoma City, beating Northwestern 13-2 in just five innings.

OU’s win was catalyzed by Jana Johns, who had five RBIs, as well as Tiare Jennings, who hit the first grand slam of the game as part of a six-run Sooner fourth inning. Wildcats ace Danielle Williams gave up six runs in three innings, throwing 67 pitches.

In their first look at Hope Trautwein, the ‘Cats went quietly, stranding Rachel Lewis after a one-out walk.