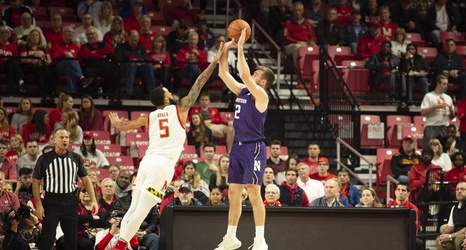 Northwestern (6-18, 1-14) suffered another conference loss Tuesday evening, falling to the Big Ten leaders No. 7 Maryland (22-4, 12-3) 76-67 on the road. The Wildcats put together an impressive second half comeback that nearly saw them erase a double-digit halftime deficit, but it will still go down as yet another loss for a young Wildcat team that has been in free fall for quite some time now.

Redshirt freshman Ryan Young was the best player on the floor for Northwestern, finishing with a team high 17 points despite going up against one of the Big Ten’s best big men in Jalen Smith.