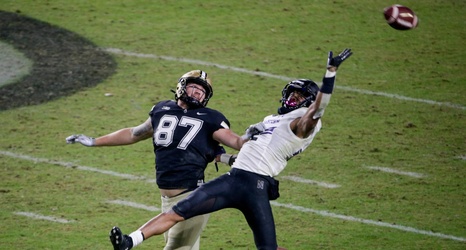 It’s a brand new show here at Inside NU! Editor-in-Chief Daniel Olinger was joined by football guru and draft expert Benjamain Solak of The Draft Network, the Locked-on NFL Draft Podcast and Bleeding Green Nation to break down how highly the league thinks of Rashawn Slater and Greg Newsome, where the best landing spots for those two might be and which other prospects from Northwestern might have a chance of hearing their names called on draft night.

Make sure you subscribe to the Inside NU podcast feed on Soundcloud, Apple, Spotify or wherever you get your podcasts for more great content now and in the future!