Players who NU needs to step up in the Citrus Bowl 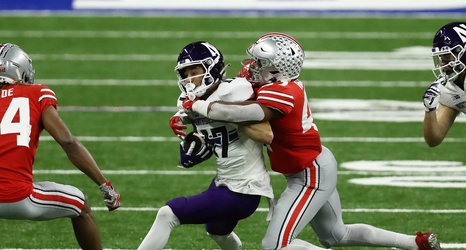 In what’s been a weird twist of fate for Northwestern, the Wildcats will be without eight players for the Citrus Bowl against Auburn. Seven have announced their intentions to transfer and Greg Newsome’s groin injury will hold him out. Five of those guys, Newsome; Eku Leota; Kyric McGowan; Drake Anderson; and Isaiah Bowser started or played significant snaps this season, and several guys will need to step up in their absences.

I’m only going to touch on this one briefly, since it’s likely that Porter and Hull would have assumed the bulk of the carries in this game based on the past couple of games.