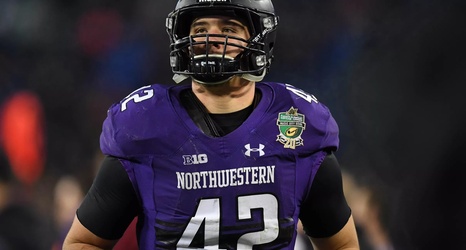 Paddy Fisher has taken on an important role with Northwestern over the past two years, establishing himself as one of the key cogs in the Wildcats’ defense while anchoring their linebacking group. That presence in Evanston may pay dividends in taking the next step as a football player, according to “way-too-early” mock drafts across the board.

Let’s take a look at where pundits have Fisher sitting as he enters the summer before his junior year.

Fisher is widely regarded as a linebacker that has proven himself with his numbers in college thus far.