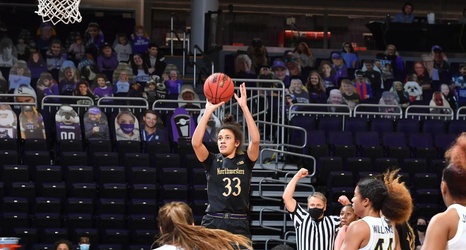 In a pre-season media session, starters Veronica Burton and Courtney Shaw both named Laya Hartman as a player that the team expected to emerge, placing some high expectations on the sophomore guard. After a first year in which she saw just 3.3 minutes of playing time per game, the opportunity opened up for the 5-foot-11 guard to solidify a spot in the rotation. She started off the season on the bench, steadily earning more playing time from 3:57 in the Minnesota game to 11:41 at Wisconsin. Her minutes then fell back down before a severe leg injury ended her season.