Northwestern’s path to a bowl game 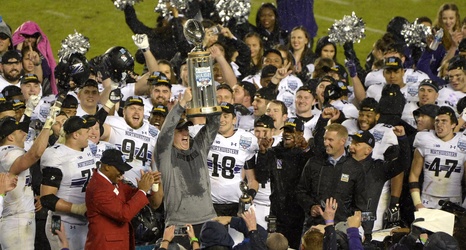 In the midst of a season full of disappointment, Northwestern will enter their Big Ten Championship rematch with Ohio State next Friday night at Ryan Field sitting at 1-4.

The Wildcats will almost certainly not have the chance to meet their preseason expectations of recapturing the Big Ten West and potentially even taking the conference championship this time around. Instead, at 1-4, NU will spend the rest of the year fighting for a bowl game.

Before analyzing the different scenarios in which Northwestern could somehow get to 5 (with, once again, a top APR score, they would be the second 5-7 team, behind Air Force, selected if there aren’t enough .