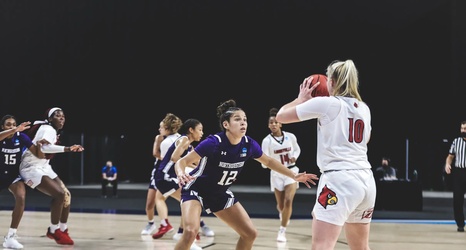 It is difficult to condense the magnitude of what Veronica Burton achieved this season into a simple player review. The junior not only garnered conference hardware, adding Big Ten Defensive Player of the Year and All-Big Ten First Team to her resume, but she also reached the highly-touted 1,000 total point milestone and was named a finalist for the 2021 Naismith Defensive Women’s Player of the Year award.

Burton’s accolades are a physical representation of the unbounded talent she possessed as a keystone of Northwestern’s play on both ends of the court this season. Already recognized as a defensive powerhouse entering the year, Burton’s play in 2021 cemented her as a dangerous offensive threat, both capable in the paint and beyond the arc as her fourth and final year in purple looms ahead.