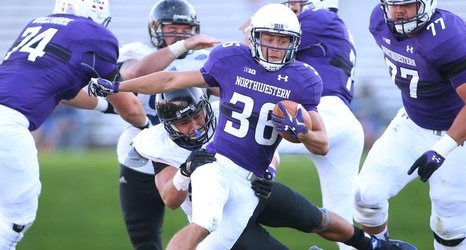 Northwestern is in Durham this weekend to take on the Duke Blue Devils in what could be a season-defining game for NU. Duke is the last legitimate challenge standing in the way of Northwestern and a perfect non-conference record. The Wildcats, now ranked 23rd in the nation, will debut new helmets, and will be looking to go to 3-0 on the young season.

So you'll definitely want to watch on Saturday. But first, you have to figure out how to. And that's not as simple as it usually is. The vast majority of Northwestern games are on either BTN or one of the ESPN networks, but the Duke game is not.