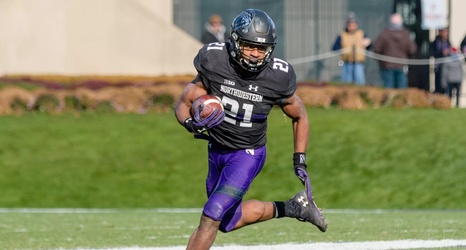 Northwestern announced on Wednesday that the ‘Cats will be wearing purple pants, black uniforms and black helmets with the block ‘N’ in Saturday’s Big Ten opener against Michigan State.

The announcement was preceded by clips of former Wildcat running back Damien Anderson’s playing days, followed by highlights of his son, Drake. The latter had a breakout performance last week against UNLV.

According to the Daily’s Ella Brockway, this will be the first time the ‘Cats have worn this uniform combination since a 2016 victory over Illinois.

It’s my favorite part of the week! Northwestern will wear a Black-Purple-Black combo for the Big Ten opener against Michigan State.