Northwestern to the NFL: A recap 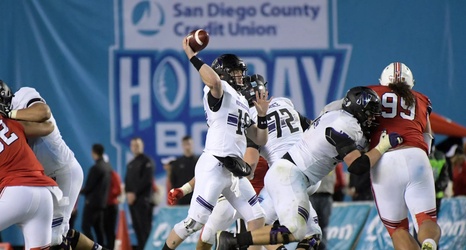 For the fifth consecutive year, Northwestern has seen members of their roster pick up the phone on draft day and take their talents to the NFL. This year, Northwestern had one such phone call, and it went to none other than the winningest quarterback in school history. Along with Thorson getting selected by the Philadelphia Eagles, Northwestern saw four other players receive their chance as undrafted free agents.

Thorson leaves Northwestern with a stacked résumé: he is the Wildcats all time leader in wins (36), has the most passing yards in program history with 10,731 as well as 61 touchdowns over his four year career.