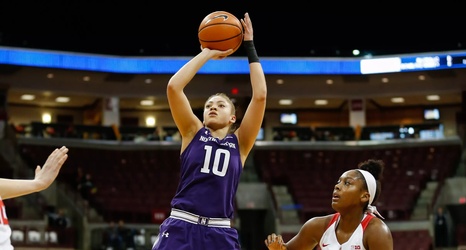 EVANSTON — Northwestern women’s basketball (5-0) extended its early season win-streak with a dominant 73-44 Wednesday afternoon victory over Colgate (5-2). The Wildcats controlled the game both offensively and defensively with a solid all-around team effort.

In the team’s best defensive performances this season, Northwestern held Colgate to a mere 30.4 percent shooting from the field and 9.1 percent from three. While every Wildcat contributed to the team’s impressive defensive effort, Veronica Burton led the way with five steals (the team had 14 as a whole), three rebounds, a block and a plus-minus of +21.

Lindsey Pulliam impressed, with 18 points on the day on 8-of-15 shooting.