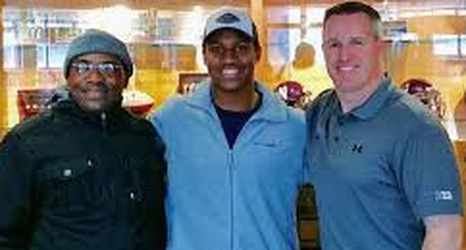 According to Louie Vaccher of Wildcat Report, Northwestern linebacker Chee Anyanwu announced his medical retirement from football to the team on Tuesday.

At this time, the university told Vaccher that they cannot disclose any other information about his injury, due to privacy regulations.

In his two seasons on the team, Anyanwu did not record any game appearances for the Wildcats, and would have entered the 2019 season as a redshirt sophomore. The 6-foot-1, 211-pound outside linebacker was a late addition to Northwestern’s 2017 recruiting class.

Anyanwu, a Georgia native, originally committed to the University of Richmond in January 2017, but Anthony Walker Jr.