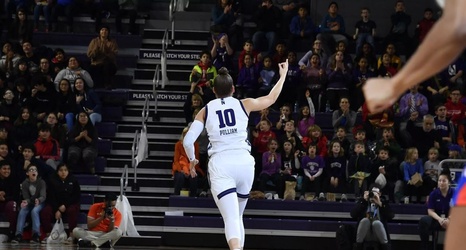 Several Wildcats got in on the action, and four posted double digit scoring. Lindsey Pulliam, Abi Scheid, Veronica Burton and Jordan Hamilton led the ‘Cats with 17, 15, 13 and 11, respectively. The story of the game was the balanced nature of the Northwestern attack, with the team shooting 48 percent from the field.