Northwestern battles through adversity to rebound from DePaul loss 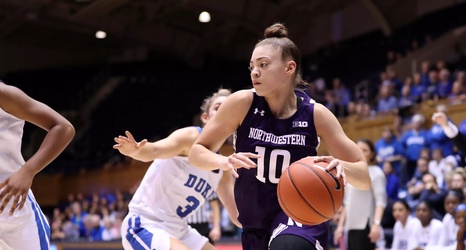 After a close loss to Depaul last Sunday, the Wildcats (6-1) grinded out a tough 66-63 win over Boston College (5-4) on Wednesday night as a part of the ACC/Big Ten Challenge. With shades of last season’s 52-49 loss to Pitt during the same event showing up pretty much throughout, the Wildcats showed growth and resilience, pulling out the needed victory this time around against similarly weak competition.

After the loss of Pallas Kunaiyi-Akpanah to graduation, Northwestern has had large shoes to fill in their lineup. While Abbie Wolf has stepped up to take on the role as the starting center, and has impressed with her scoring ability and even rotational defense, she and the rest of the Wildcats struggled to compete on the glass against similarly sized competition.