Never satisfied: How a change in mindset turned Northwestern’s secondary from respectable to one of the nation’s best 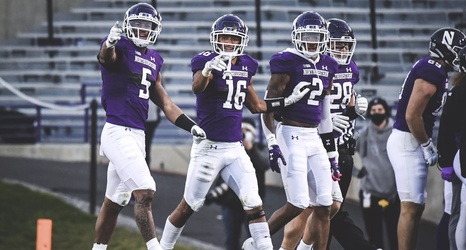 This offseason was a turning point for the Wildcat defensive backs who rediscovered their identity in 2020.

Following Northwestern’s 21-13 win over Nebraska on November 7, redshirt freshman safety Brandon Joseph walked off Ryan Field with his head hung low. He trudged through the tunnel toward the Buehler Sports Medicine Center when head coach Pat Fitzgerald approached him.

“Tell me how you played,” Fitz said to the young defensive back. “You look like you don’t think you played very well.”

“No, I didn’t play very well at all,” Joseph responded.

Joseph was visibly dissatisfied with a performance that included six total tackles and an interception of Husker quarterback Adrian Martinez in the end zone, which saved a touchdown that would have given Nebraska a late-game lead.