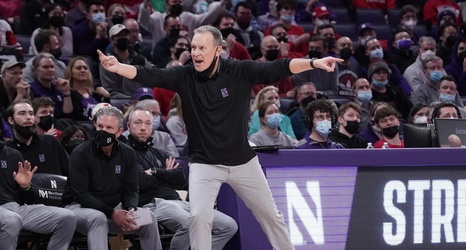 We’re now officially 16 games through the Northwestern men’s basketball season, with the ‘Cats sitting at 9-7 overall with a 2-5 record in Big Ten play. It hasn’t been the season that fans have been hoping for, with Northwestern falling in multiple close games. Of course, there have been some bright spots as well, such as the Wildcats’ victory over No. 10 Michigan State in East Lansing. Let’s take a look at the midseason stock up/stock down for men’s basketball.

Sure, Ryan Young struggled a bit in Northwestern’s loss to Wisconsin.