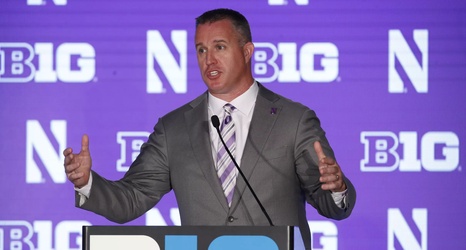 Northwestern coach Pat Fitzgerald addressed the media after his squad’s victory over UNLV on Saturday. Safety Travis Whillock, linebacker Chris Bergin, and offensive lineman Jared Thomas also took the podium and answered questions. Here’s what they had to say.

On Drake Anderson’s breakout performance against UNLV: “I think it’s the opportunity. He was really close to playing last year. We went up to Michigan State last year not really sure where we were at yet [at running back]. We were very unsettled at the position. You saw him get a little bit of time in that game,.