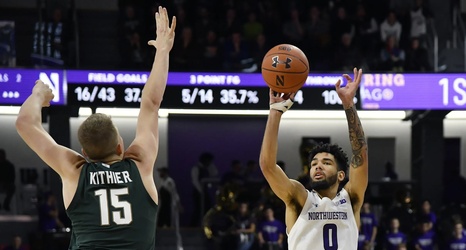 There was a time, there was a place, when tweets such as “Rank the ‘Cats!” and “Boo Buie should be first team All-Big Ten” were sent unirnically. Entering in a season in which expectations had been raised but were still below sea level, the Northwestern men’s basketball surprised many during their opening month of play in December.

The ‘Cats had no problems out of the gates, winning their first two games against Arkansas Pine-Bluff and Chicago State 92-49 and 111-66, respectively. After the catastrophe that was the season-opening loss to Merrimack in 2019, the back-to-back beatdowns were a welcome sight to see.