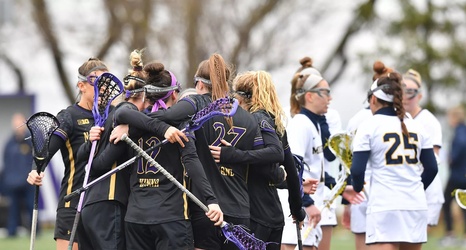 Northwestern (13-4, 5-1 B1G) took down No. 7 Michigan (14-3, 4-2) Friday night, earning themselves a spot in the conference championship as well as their second win of the season over the Wolverines.

Northwestern got off to a strong start offensively before suffocating Michigan on both ends to close things out in the second half. The Wildcats coasted to a 19-9 victory off of the strength of a 7-0 run that spanned both periods, featuring impressive offense from Selena Lasota, Lauren Gilbert, and Lindsey McKone as well as a defensive effort to match.

The scoring prowess was especially impressive given that Michigan had not allowed more than 14 goals in a game this season until Friday night.