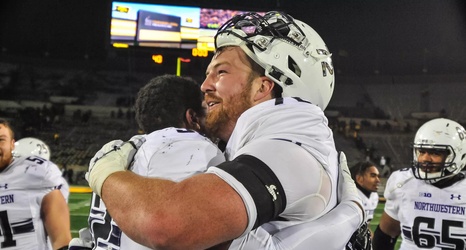 In addition to Montre Hartage and Nate Hall, Northwestern saw members of both their offensive and defensive lines sign as undrafted free agents Saturday night.

Jordan Thompson will be joining fellow Wildcat Anthony Walker Jr. in Indianapolis. Thompson racked up 89 tackles and 13 tackles for loss across his impressive Northwestern career in addition to three forced fumbles.

Thompson, a Cincinnati native, joined Pat Fitzgerald and Northwestern in 2015, and quickly became one of the most well-liked players on the team. The lineman was always in a jocular mood around campus and with the media, and quickly carved out a role as a leader on the line.